How to Tell if a Remote Only Job is a Scam 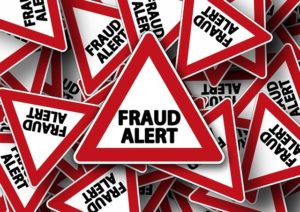 100 percent remote jobs are a hot ticket. After a year of working from home, some people have decided they never want to go back to the office, and, unfortunately, scammers are preying on them.

When you interview for an office-based job, you go in for an interview and can see their situation. You meet actual humans and see their office space. Scammers can (and have) go to great lengths to scam people, but they are not likely to rent office space to get a copy of your social security number and driver’s license. Sure, it can happen. But, the risk is higher with remote-only jobs.

Here is how you can tell if a remote-only job is legitimate.

It doesn’t have to be face-to-face to be a real interview, but it should be via video conference. The interviewer will give you a full name, and you can look them up on LinkedIn. (Yes, I know not everyone is on LinkedIn, but a recruiter not on LinkedIn is at least an orange flag.)

You don’t have to pay for equipment.

They won’t require you to send them any money for equipment. Sure, they may say, “buy your own laptop, and we’ll reimburse you,” but they won’t say, “send us $700 for a laptop as a deposit.”

They don’t need your driver’s license and social security number for the interview.

Yes, those are needed for background checks (sometimes), and you’ll have to prove who you are when you are hired. Of course, you will need to give a business your social security number to pay taxes correctly. But they don’t need it before the job offer.

Caution: Some legitimate companies do ask for that information in their application, so if you do think it is legitimate and everything is positive, send me an email, and I’ll ask the company why they are asking for a social security number in the application. When I’ve done that, they’ve said, “ooh, oops,” and revised their application.

Now, scammers are perfectly willing to work in the middle of the night if they have to, but they prefer not to. I’ve had companies reach out to me several times and say they are located in New York or Delaware, or similar. So, I suggest a meeting time that is their morning and my afternoon. (I’m six hours ahead of the US East Coast), and then I’ve had them counter with a time that puts it in the middle of the night in New York, but morning in India.

I’m delighted to work with Indian companies, but not if they want to pretend they are in Delaware.

They don’t mind questions about the business.

In fact, they want you to ask questions about the business! It isn’t a secret. They can clearly explain the company’s purpose, products, and philosophy. It won’t sound sketchy.

They won’t offer you a job after texting with you

If all your communication has been via text or Facebook messenger, it’s not a real job. It’s fine for recruiters to reach out to you that way, but they won’t offer you a job after just texting.

There will be a formal onboarding process.

You will have to fill out an I-9 form, and the company will verify your identification. But it won’t be with you sending them a picture of your driver’s license. There will be a process in place, and it may involve a friend reviewing your identification or going into a notary or something else. It won’t be “scan your driver’s license so that all four corners are visible.”

Legitimate businesses don’t accidentally send you too much money and ask you to pay some of it back. Sure, errors happen from time to time, but not on a first paycheck and not where they send you $2000 and ask you to send back $1000. If that happens, go to your bank immediately and tell them it’s fraud and follow their instructions.

Any other tips for figuring out if a remote job is real? If you spot a sketchy job or have a sketchy job offer, send it to me at EvilHRLady@gmail.com.