I’m not eligible for raises (but my coworkers are) 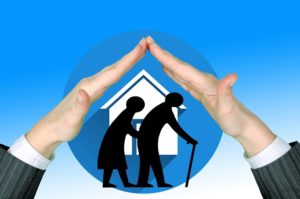 I work as a one-person HR Liaison in a small, very rural non-profit that serves physically and intellectually disabled clients in our community. I originally joined this company working as direct care staff with clients, and then I was promoted into human resources. Historically, I have worked extensively as a para-legal and HR liaison, but I have no formal training in either field; I have always been trained on the job.

It recently came to my attention that as long as I am in my current position, I will never be eligible for a raise, regardless of my performance, as I am not a “billable” employee. All payroll raises for our direct care staff, along with their managers, directors, trainers, and in-house investigators, are billed back to the state or federal government for reimbursement. The majority of these raises are based on annual performance reviews.

However, I am one of four admin positions in the company whose payroll expenses cannot be billed back for reimbursement, so a raise is out of the question for us. One of the four employees has not received a raise in over 10 years, another has not had a raise for 6 years, I am going on three years, and the last employee is still under a year.

On a side note, my employer seems to consider company policies optional, and I have witnessed multiple situations where the policies have been applied indiscriminately based on favoritism and/or employee friendships. However, if confronted on this, my employer would vehemently deny it.

I have worked at several corporations, and I have never encountered situations where certain positions are excluded from performance reviews and raises simply because our positions aren’t billable. Given my company’s position on this, do I have any recourse in asking my employer for a raise when my performance warrants it, or am I just out of luck? Is this even legal?

Thank you for your blog and website. It has been a humorous and invaluable source of information for me.

It’s legal as long as you’re making minimum wage. Incidentally, if those funds are coming from the federal government, you may be classified as a government contractor, and by next year that minimum wage will be $15 an hour.

Companies are not required to give raises to anyone. Most companies do because they understand that the cost of living increases and that people gain more skills as they work.

In your case, it’s a weird situation where the company has decided that group A gets raises while group B does not. That sounds discriminatory–and it is. But it’s not the illegal kind of discrimination. Because your jobs are not similarly situated to the people who get raises, the company is not required to treat you the same.

Think of it in terms of salespeople. The salespeople in companies generally get commissions, but the marketing people generally do not. That’s not illegal because they have different functions.

Your company has made an idiotic decision not to give raises to people whose hours cannot be billed to a client. Fine. But your salaries are not paid out of magical unicorn tears. It comes from the people who pay the bills–the reimbursers, in this case. They should change their billing if they aren’t ever-increasing their billing.

Now, what can you do about it? My guess is nothing.

You said yourself that this is a rural area, and there’s often not a boatload of jobs available in rural areas. Sometimes companies take advantage of this, knowing that you’re unlikely to leave. Additionally, you’re in an HR role with only on-the-job training. That’s fine! Many HR people have only on-the-job training, but you’re a one-person HR liaison. That suggests that they are underpaying for the role and have to put untrained people into the role.

You can certainly talk to them, but as your coworkers have stuck this out for ten and six years, they aren’t likely to go anywhere. The bosses know it, and your complaints will likely not go far.

So, here’s my suggestion: take advantage of your opportunity in HR to learn as much as you can. Work on getting certifications so that you can advance your career. If your job is exempt, you may be eligible to sit for the PHR exam. If not, then you should be eligible to sit for the aPHR exam. See if you can get your company to cover these costs. If you don’t have a bachelor’s degree yet, now is the time to get one. (I recommend Western Governor’s University for online programs, although there are plenty of other programs.)

Because if you want to stay in HR, you’ll want to get out of this place once you’ve gleaned all you can from it.

As for performance reviews, the same thing counts. There is no law requiring reviews; they don’t give raises to you, so they simply don’t care.

If there’s a corporate office you may try there, but they can also see that this group isn’t getting raises.

You’ve mentioned that they seem to be a policy optional kind of a place. Since it’s a care center, I’m guessing there may be regulatory bodies that don’t care for the policy optional operations. If you feel like it’s endangering patient care, then by all means, report it. You should be able to call the state regulatory agency and make an anonymous complaint.

But, sucky companies tend to suck in many ways. It’s rare that you find a company that does just one spectacularly dumb thing. your company is no exception. I’m sorry.

I Think My Boss Wants Me to Quit. What Do I Do?