Here’s Why You Should Do Background Checks 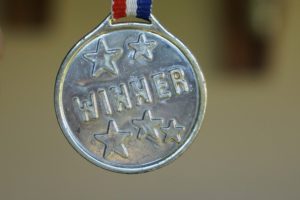 Do you do a background check on your executive candidates?

Now, for the record, I’m not a huge fan of reference checks because you don’t know who you’re speaking to–was this a micro-managing manipulative, abusive former boss or the best boss ever? Unless you know people personally, you don’t know. (And, frankly, your interaction with someone at an annual industry conference doesn’t give you any real understanding about their management skills.)

But, even if reference checks aren’t important, background checks are. And someone at the University of Utah screwed up. Actually, I suspect several people screwed up.

Fox13’s Adam Herbets investigated a highly paid (over $200k) University of Utah employee and what they found makes you bless the background company you use. They write:

Christopher Massimine, the managing director of Pioneer Theatre Company, portrays himself as “the Mastermind,” a major figure in the film, television, advertising, video game, music, and theatre industries.

That sounds fabulous for such a position! But, red flags were flying everywhere that everyone ignored, like claiming a massive number of accolades, not really possible for his age (35). It’s not that someone at 35 isn’t capable of great things; it’s that there are a limited number of hours in the day, so there is a limit to the number of amazing things you can accomplish.

It took a five-minute phone call to NYU to confirm that he did not have a master’s degree. And his big claim of working on the Old Spice Campaign? Herberts writes:

Massimine’s resume lists him as a “Media Direction and Communications Consultant” for “Old Spice (Scents for Gents).”

The resume also states he received an “ANDY Award” for “Old Spice’s Scents for Gents” and “Old Spice’s Muscle Man.”

A spokesperson for Wieden+Kennedy, the actual advertising agency in charge of producing Old Spice commercials, confirmed Massimine never worked on those ads.

“That individual has not worked for us,” the spokesperson wrote

The whole article is one mess of lies after another.

What went wrong? I can only guess, but here is my biggest guess: They wanted a purple unicorn.

The article states that they searched for 18 months for the ideal candidate, and so when Massimine’s resume showed up, he looked exactly like what they wanted. The most unicorny-of-unicorns. And they were probably so relieved to find the perfect candidate that they didn’t bother to check him out thoroughly.

This is not to blame the recruiters entirely–Massimine went to extremes to create his lies. He gave himself awards, paid to publish an article about his “successes,” and brag about fake awards after getting the job.

He was definitely a practiced con man, but simple employment verification can solve many problems.

People who lie about their degrees and employers are very different than people who exaggerate their role in a particular project. We expect everyone to exaggerate a bit (and heaven knows hiring managers exaggerate about how awesome they are as bosses), but lying about a degree is not exaggerating.

Image by AxxLC from Pixabay

My coworker is purposely annoying me

7 thoughts on “Here’s Why You Should Do Background Checks”

This website uses cookies to improve your experience while you navigate through the website. Out of these, the cookies that are categorized as necessary are stored on your browser as they are essential for the working of basic functionalities of the website. We also use third-party cookies that help us analyze and understand how you use this website. These cookies will be stored in your browser only with your consent. You also have the option to opt-out of these cookies. But opting out of some of these cookies may affect your browsing experience.
Necessary Always Enabled
Necessary cookies are absolutely essential for the website to function properly. These cookies ensure basic functionalities and security features of the website, anonymously.
Functional
Functional cookies help to perform certain functionalities like sharing the content of the website on social media platforms, collect feedbacks, and other third-party features.
Performance
Performance cookies are used to understand and analyze the key performance indexes of the website which helps in delivering a better user experience for the visitors.
Analytics
Analytical cookies are used to understand how visitors interact with the website. These cookies help provide information on metrics the number of visitors, bounce rate, traffic source, etc.
Advertisement
Advertisement cookies are used to provide visitors with relevant ads and marketing campaigns. These cookies track visitors across websites and collect information to provide customized ads.
Others
Other uncategorized cookies are those that are being analyzed and have not been classified into a category as yet.
SAVE & ACCEPT