Your Manager Can’t Refuse a Resignation 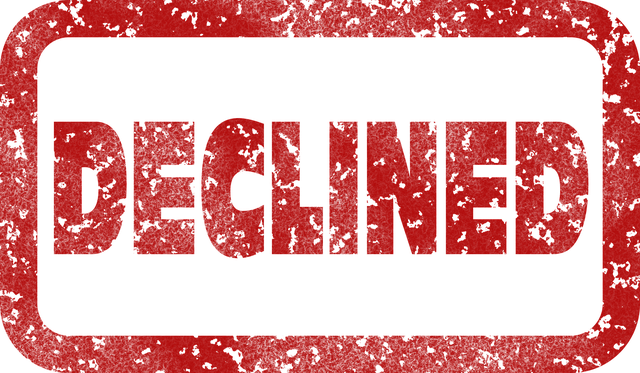 I have a question for you about discrimination and retaliation.  I’m in the HR department of a great company.  I love my company, and I appreciate my team.  I’m angry on behalf of a colleague.  This colleague has an Evil HR lady for a manager – she’s controlling, micro-managing, hypercritical and punitive. She’s also very smart and committed to the company, and I believe she’s doing what she believes is appropriate in most cases.

My colleague is in charge of employee engagement.  She is a black woman with 20+ years of experience in HR, and her passion is creating engagement, giving career advice and coaching, and building people up.

My colleague’s manager tears apart, piece by piece, her every communication.  The manager requires formal approval on any modification to any written document, no matter how petty.  The latest conflict was an angry, reprimanding phone call because my colleague put a hyperlink in the body of an email that had been approved without getting approval for the placement of the link before sending out the email.  (The manager thought the link should have been at the end of the email).

For reference, the email was about a fun initiative called Team Friday’s that asks employees to wear the sports team jersey of their choice to work), and the link was for uploading pictures of employees wearing sports shirts so they could be featured in an upcoming newsletter.

Although it’s never been articulated explicitly, I believe that the manager’s main problem with my colleague’s written communications is that they sound black and not corporate.

About my colleague,  she’s the ideal team player.  She is completely reliable, always 10 minutes early to work and for meetings, never late on deadlines, always polished and available, and phenomenally organized.  I love working with her because nothing will ever be forgotten when we do an event together. She is just someone you can count on.  She’s a pro.

The incessant criticism and control and disempowerment that the manager is visiting upon my colleague is directed for most of her reports, but she’s particularly hard on my colleague.

My colleague was assigned to a meeting with the compensation and benefits person scheduled from 3p-4pm (so 30 min past my colleague’s clock-out time).  She took the meeting and then let 30 min early the next day.  Her manager wrote her up for not getting prior written approval to attend the meeting.

The manager refused the resignation, stating that she wouldn’t accept a resignation on those grounds.

One week later, after talking with the corporate lawyer, the manager called my colleague into her office with my boss, the EVP of HR, and gave her a written warning for not telling her the names of the people who complained to her about their manager being discriminatory.  The logic was that my colleague, as an HR representative, was required by law to say the names of the people confiding in her about feeling like they were being discriminated against.

I cannot comprehend how this lady is getting in trouble at work – everyone knows that the manager is controlling, critical,  micromanager, with a taste for reprimand – she uses the word “Compliance” in almost every sentence. She justifies most of her actions and criticisms with the statement that we’re out of compliance, or this has to happen this way so that we can get to compliance.

I know this is quite long – but here’s my actual question:  Was it retaliation for the manager to write my colleague up after refusing her resignation for not disclosing the names of the people who confided in her to the manager?

There is a lot to unpack here, and I’m sure I’ll miss something important, but some key principles here need to be addressed, and I’ll tackle those.

First, I’m not a lawyer, and I don’t play one on the internet. But, retaliation, in an employment law legal sense, only occurs when you punish someone for doing something that is protected. So, if you fire an employee for complaining about sexual harassment, that’s illegal retaliation. If you fire someone for complaining about the food quality in the cafeteria, there’s no illegal retaliation. It’s the topic of the complaint that makes it protected.

If your colleague refuses to tell her own boss the information she’s working on, then that’s not a protected action. Think about it this way:

Manager: What are you working on?

You: [throws body over computer screen] I can’t tell you!

You can understand why that wouldn’t go over well.

But, this is complicated because the boss treats your good coworker poorly, and you believe it is because of race. If it is because of race, then that, in itself, is illegal. But I’m not sure that directly relates to the employees complaining about a different manager. Clearly, your colleague doesn’t trust her boss (for a good reason), but she’s the boss and has the right to take over an investigation if she so wishes. (If she were investigating discrimination claims against her own boss, that would be a different story, but she’s not. And in that case, it would be time to hire an outside investigator.)

It would not be retaliation to write someone up for refusing to comply with their manager’s wishes to know about their work. Which is (when you strip everything away) appears to be what happened here.

But, of course, you can’t strip everything away. You think she criticizes your colleague because “I believe that the manager’s main problem with my colleague’s written communications is that they sound black and not corporate.” However, the example you gave was about an unapproved hyperlink and not writing style. The former is just nit-picky micromanagement, not racial discrimination. You also mention that this bad manager is critical of everyone.

So, from here, I can’t tell whether the bad manager is discriminating based on race or is just an equal opportunity jerk. The latter is legal, albeit stupid.

Importantly, though, is your coworker’s resignation. Her manager cannot refuse a resignation unless there is some sort of contract, which would be incredibly unusual. In fact, there’s no legal obligation to give any sort of notice. Your coworker could just walk out.

This is clearly an abusive manager. She’s probably illegally discriminating, but I would need to do more of an investigation to determine. But your coworker can file a complaint herself or walk out the door. And she probably should. She should probably file a formal racial discrimination complaint with her boss’s boss and the EEOC and let them investigate the racial aspect.

But her boss can’t force her to stay. Refusing a resignation isn’t a thing. Also, it sounds like your coworker can handle herself. I’d let her know that you think the boss is horrible and that you back her up, but let her handle it.

Image by Pete Linforth from Pixabay

7 thoughts on “Your Manager Can’t Refuse a Resignation”